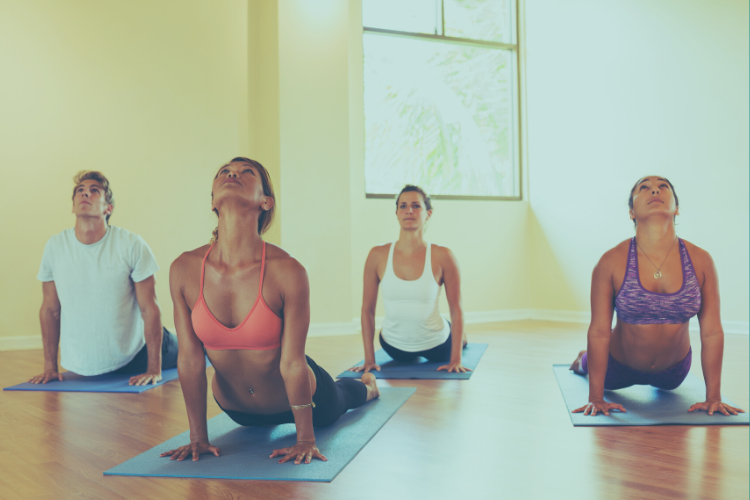 Bikram Yoga – The Story of How Yoga Got Hot

Bikram yoga has received a lot of interest in the last few decades as yogis take their practice to the sauna-style yoga studio. Bikram Choudhury first experimented using heaters in his studios whilst teaching in Japan in the 1970’s but it was a decade later that hot yoga really boomed, starting in Hollywood. What is the history behind hot yoga methods, and what are the reasons for this hype over hot?

The rise of Bikram yoga

Bikram Choudhury, founder of Bikram yoga and the first known yoga teacher to use a heated classroom, was born in Calcutta, India. He started experimenting with heated yoga studios in the 1970’s, getting the idea from his Japanese students who used the sauna during their breaks.

The room was initially heated to 28 degrees Celsius, but during his experimentation Bikram realised that the heat energised his class and made them work harder. So he continued to up-the-heat until he reached 40 degrees Celsius, which is the standard Bikram yoga class temperature now.

Bikram supposedly started practicing yoga himself extensively at age 4. He suffered an injury in his teenage years where he feared he would be unable to walk again. It was then that he designed his 26 pose sequence that he attributes to restoring his health. Since, he has dedicated his life to the promotion of his yoga method, initially by starting up a chain of yoga studios in LA, whilst he was living there teaching the rich and famous.

How Bikram yoga came to London

It wasn’t until the early 90’s that Bikram yoga came to London when a student of Bikram Choundhury’s, Michelle, bought the sequence to the UK. Michelle, founder and owner of Fierce Grace yoga studios in London, remains a respected and highly experienced yoga teacher.

Over the years, Bikram became somewhat a yoga guru and has an estimated 1,000 studios worldwide. However, more recently, there is much debate around his authenticity; with two lawsuits against him and further challenges over the exact nature of the hot yoga benefits.

Nevertheless, his method of using heat in the yoga studio has taken off around the world.  Although, this isn’t the first tradition to use heat for healing and to create a therapeutic environment. The Turkish Bath, the Finnish sauna and the Ayurvedic steam bath, to name a few, all make use of steam to promote sweating for health benefits.

Bikram promotes some specific benefits linked to the way this style of yoga is practiced.

The 26 pose sequence, as designed by Bikram, is believed to be so effective because it pushes freshly oxygenated blood to each and every area of the body, including limbs, muscles, ligaments, organs and cell fibres.

This rejuvenates the body preventing it from illness and disease and allows it to continue operating at optimum performance.

Another key Bikram benefit is due to the heated room. Muscles are more receptive to stretching, which enables deeper, longer stretches with reduced risk of injury following. This in turn presents the opportunity for improving flexibility faster whilst at the same time building strength and endurance from the intensity of the workout.

London is abundant with Bikram classes and it remains a popular choice for many seeking a more active physical workout, with still an element of mind focusing techniques.