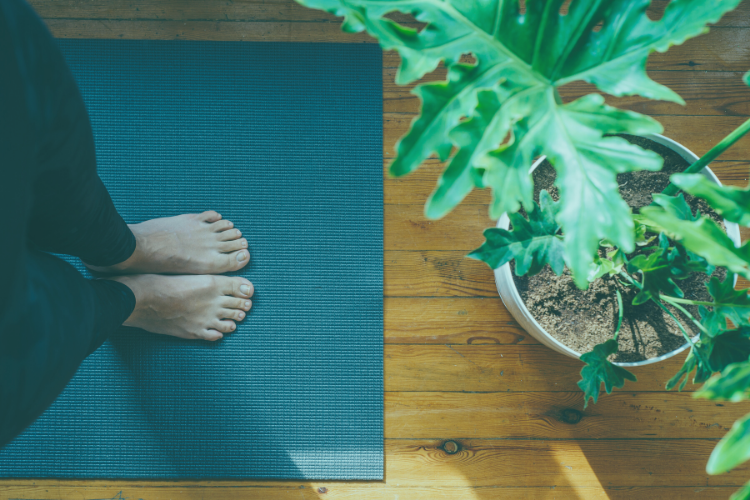 It’s a time of reflection and for many a time of huge change. Those people that were on the hamster wheel of work, commute, eat, sleep, rinse repeat, are now finding they have time in their day to think about what makes them happy. Or, how they can make positive changes to live a more authentic and purposeful life.

After the initial shock of “how am I going to financially survive now my usual work routine has been shaken up”, many people are now creating new projects or digging up old ideas, hobbies or skills, that were put on the back-burner due to lack of time or money, or both.

With the extra hours in the day, there is a lot of potential for new energy to flow.

I Yoga London (IYL) is one of those projects. The idea started back in 2016, to create a hub where Londoners could go to find out about yoga classes, workshops and retreats in the city and beyond. A place where yoga studios and teachers could advertise their classes to spread the word of yoga further, whilst promoting the many benefits of yoga, meditation and mindfulness.

Well, ClassPass came to the UK at about the same time, which had a lot of clout as an existing brand, as well as an already functioning app and business model.

IYL wasn’t established and whilst it still had the niche of being only London based, and it is intended to be more of a community concept, it needed regular commitment to building up the profile and spreading the word about what it was offering.

There was an initial surge of activity to set up the directory and social media channels and, well then life got in the way…as it so often does.

I’m Claire – the founder of IYL. I work as a freelancer with a content marketing business – Marketing Square. At the time when I created IYL, my business was also building up and as I was working solo, it needed a lot of attention.

Occasionally I would show up and reactivate a little life into IYL, but it wasn’t enough. And as I was running IYL free of charge (something which has and always will be part of the offering), my core work took priority.

Now, several years later, Marketing Square is supported by a wonderful team of like-minded freelancers enabling it to run smoothly and efficiently.

I’m fortunate to still be working through the pandemic, but reduced workload has given me the needed headspace to consider those things that make me happy. Also, where my skills could be be combined with adding purpose and value.

Yoga and meditation have helped me out personally so much over the years and I believe that those who have yoga in their toolbox of skills to draw down on, are well-equipped to deal with most things that life throws at them – even a pandemic! To this extent, I feel that sharing, spreading and promoting yoga widens the awareness, which can only have positive outcomes for ourselves, our families, friends as well as on a national and global level.

There is no doubt that this pandemic will cause changes big and small amongst individuals, households, communities and further afield. I believe good will come from this in the end on the grander scale, even though personal losses are of course sad and difficult to deal with on an emotional level.

One change that could already be contributing to increasing the awareness, is a shift to yoga being even more available online. Many studios and teachers are now using the technology at their fingertips to keep their classes going whilst social distancing regulations are enforced and studios have had to close their doors. Whilst it may only be to this extent for a while, accessibility has instantly increased for those who are not near a studio, are unable to attend physical classes due to childcare, or other personal reasons.

I myself am attending online classes that I often can’t physically commit to going to every week, even when I live in the heart of London. The choice of classes, teachers and styles is now endless, for everyone with an internet connection and some form of device.

So, I take the blessings of extra time, renewed energy and a different outlook to reignite the IYL project. We took a pause but we didn’t stop!

If you are a London based yoga studio or teacher, and your listing is not on our directory, please do get in contact if you would like to add your classes or bio, which may include your regular physical classes as well as any that are now online.

International Yoga Day - What Can You do to Celebrate?
Guest Bloggers Welcome
6 Reasons Why You Need a Yoga Retreat